What Is An Audio Interface? 5 Great Reasons You Need One.

In the modern age, you can get what would’ve been millions of dollars of equipment in the ’70s in your bedroom for a few thousand dollars and perhaps some immoral downloading. Your DAW, your plug-ins, your microphone, your instruments all create or interact with sound. An Audio Interface is going to take the sound from your microphones and instruments and process it so you can later use it in your DAW with much higher fidelity than if you just had your computer’s audio chip handle all of the work.

Definition: An Audio Interface is a device that converts electronic signals from microphones and instruments into a format that is compatible with your computer (ones and zeros). The interface will often route audio from your computer into your speakers or headphones as well.

An Audio Interface acts as the connector, between recording and editing. Audio interfaces range from $100s to $10,000s of dollars. They will also oftentimes provide other important features for sound recording like metering, and the more you learn about audio interfaces the more you will see how integral they are to making music! So let’s find out really: what is an audio interface?

Why Do I Need an Audio Interface?

You need an audio interface unless your computer has an incredibly advanced audio chip, or you really don’t care about sound quality just yet.

Your computer and laptops especially weren’t designed to handle all modern-day music production and processing demands. So if you want to catch every facet of the sound you produce when singing into a microphone, or when strumming an electric guitar I would suggest getting an Audio Interface. You don’t even need to spend more than $200 for the most basic device, and there will be a world of difference in the quality of the sound.

If you really want to know why you need an audio interface read the next section for specific reasons. If not you can skip it!

Important Features: What Is An Audio Interface

The term Bit Rate is often used in audio circles, and I have no doubt you’ve heard of it. Let me first explain two other obscure terms: Sampling Rate and Bit Depth.

Sampling Rate is how often the Analog to Digital (A/D) converter examines the audio when transforming it to digital data. This figure is expressed in Hz, which is the unit of frequency. So basically, how many times per second the converter is looking at the analog data and converting it to digital. Usually, this number is in the range of kHz, which is thousands of Hertz, which means you are stopping and sampling 1,000s of times per second! No wonder your little laptop can’t compete.

Bit Depth is how clear the sample is, so basically how many 1’s and 0’s go into describing the sample that is taken. These two factors combine to make Bit Rate, which is just a combination of the two words. The larger the Bit Rate the nicer the audio, but also the larger the file becomes.

Audio Interfaces on the market tend to stop at around 24-bit, and 192kHz. This is absolutely ludicrous and I’m not even sure if people can really tell the difference as numbers get that high. Anyway… most people listen to 16 bit 44.1 kHz which is what you listen to on Normal Spotify settings or when someone plays a CD.

If you want a higher bit rate, you’re going to need an audio interface!

Latency is the delay between when a sound actually occurs, and the playback on your speakers or earphones. High latency can be an issue staying on time, as it will severely alter the swing of your recordings. On a computer or laptop, you can usually perceive the latency and it might be a bit annoying, but with an audio interface, it all but disappears. So if you are tired of your keyboard lagging, or your voice coming in at the wrong times and don’t want to painstakingly edit through your DAW then I would suggest investing in an audio interface.

If you want to be rid of perceivable latency, you’re going to need an audio interface!

If you are still experiencing a delay that is upsetting even with your audio interface on (this means your computer is probably a toaster), or you’re in a really technical part of the piece where the latency is just throwing you off. Then you can switch to hearing the sound instantaneously, there will be no latency, and thus you will have zero-latency monitoring. You hear your electric guitar right as you strum, you hear your vocals right away. This is a super useful feature for recording!

If you want to record with zero-latency, you’re going to need an audio interface!

48V Phantom Power is not a spooky ghost that comes out when 48V are running through your microphone. It is an amplification of the power so the signals sent through a condenser microphone come out clearer. Read my article on condenser microphones to learn exactly why. Most audio interfaces will easily supply the phantom power but check just to be sure! If you have a dynamic microphone you are fine, and you can read that article to find out why they don’t need phantom power.

If you have a condenser microphone, you’re going to need an audio interface!

Your Audio Interface SHOULD ALREADY HAVE A PRE-AMP DO NOT BUY AN EXTRA ONE. There is no need to bypass the one inside of your audio interface it is plenty good. A mic Pre-Amp basically amplifies the sound coming into your computer and makes it easier to sample clearly.

Hopefully by now you know why you need an audio interface when recording and producing music!

Do I Need an Audio Interface for Listening?

Using an audio interface (a USB DAC) for listening through headphones significantly improves the sound.

Basically: Audio interfaces will make your listening experience better…. most of the time. Make sure you have good listening gear or get an audio interface if your computer’s audio chip is sub-par.

How Does an Audio Interface Connect to a Computer?

Almost every audio interface on the market is a USB soundcard. You need a USB port or a USB adapter, and you will be fine connecting your Audio Interface to your computer.

Other options include firewire, PCI, PCIe, Thunderbolt, and even ethernet audio interfaces, these tend to have faster connections but are more expensive. USB nowadays has basically caught up to them, and I’d recommend sticking to a USB port for easier access when recording and wider compatibility with other computers!

How to Choose an Audio Interface

Ask yourself these questions to narrow down your needs, and see if my suggested audio interfaces fulfill them:

Here are more advanced questions that are still important, but not deal breakers:

Now that you’ve got your criteria down, here are four audio interfaces from low to high-end. These are Just Popular options so you know where to start looking! 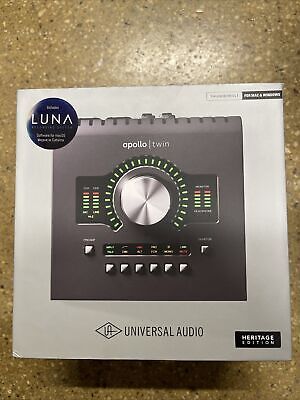 Conclusion on What is an Audio Interface.

Hopefully, by now you:

Now you’ll never have to ask “What Is An Audio Interface?” again and you can even say the words Sampling Rate, and Bit Depth with some amount of confidence!

Well if you enjoyed this article feel free to read more! I appreciate you stopping by!